A FRESH meeting was organized in Trinity College Dublin on November 7, with the aim of bringing together researchers involved in work that combines both economic history and economic geography. There were an excellent array of submissions, covering a host of topics from factor price convergence across space to the clusters and the spread of new technologies.

The workshop opened with a keynote address from Professor Kevin O’Rourke, Chicele Professor Economic History at Oxford. His talk, based on work undertaken with Alan Fernihough (Queens, who was also in attendance), was entitled ‘Coal and the European Industrial Revolution’. The research traces the link between coal and population growth in 19th Century, exploiting in particular a geological instrumental variable.

After a coffee break, the first session, entitled ‘Market Integration & Regional Inequality’, began, chaired by Rowena Gray (UC Merced). Kristoffer Collin, a graduate student from the University of Gothenburg, presented a paper entitled ‘Convergence in real regional wages for manufacturing workers in Sweden, 1860–1990’, part of a broader stream of work on Swedish cliometrics taking place at Gothenburg. Next up was Alfonso Diez-Minguela, from Universitat de València, whose presentation explored the potential impact of agglomeration on regional growth in Spain, during the period 1870-1930.

The third presentation was by Alexis Wegerich, a DPhil student from Oxford University, who presented work on integration – or lack thereof – in the global market for bunker coal, during the period 1840-1960. The final presentation before lunch was by Michael Pammer, of Johannes Kepler University, who used an administrative dataset to explore the contours of inequality in Imperial Austria in 1911.

After lunch, the second session, Alan Fernihough (Queens University Belfast) chaired a session entitled ‘The Economics of Land and War’. The first presentation was by Ronan Lyons (of Trinity College Dublin), who presented a new housing price index for Dublin over the period 1900-2014. He was followed by Jørgen Burchardt, of the National Museum of Science and Technology (Denmark), whose talked was entitled ‘When industry and homes moved to cheap land’.
The third presentation in the session was by Matthias Blum (Queen's University Belfast), who discussed research on Protestant and Catholic welfare during the First World War and how it may support Max Weber’s hypothesis. The final talk in the second session was by Thilo Huning, a graduate student at Humboldt-Universität zu Berlin, whose paper was titled ‘How Britain Unified Germany - Geography and the rise of Prussia after 1815’. A coffee break followed, after which the final session began, entitled ‘New Frontiers of Economic History’ and chaired by Matthias Blum, of Queens. The first paper was by Harry Kitsikopoulos, of NYU, who presented on the factors affecting the diffusion of Newcomen engines, 1706-1773. Karol Borowiecki, of the University of Southern Denmark, then presented research on well-being indices for three famous composers, based on their letters, and the link between their well-being and their creativity.
The penultimate presentation of the day was given by Katalin Buzasi, a graduate student from Utrecht University, whose talk was titled ‘The long-term determinants of language development in Sub-Saharan Africa’. Formal proceedings concluded with a presentation by Fabian Wahl, a graduate student from Hohenheim University, who looked at the relationship between participative political institutions and city development in the millennium following 800AD. After such a busy day, the group enjoyed a conference dinner. This followed by some sampling of the Friday night-life in Dublin!
Overall, it was fantastic to be able to bring together such a diverse group, working on a variety of interesting projects but with a common belief: that, when understanding economic outcomes, both time and location matter. Hopefully, the relationships started here will help in the submission of panels at economics and economic history conferences, as well as perhaps some direct collaboration.
Posted by Unknown at 02:34 7 comments: 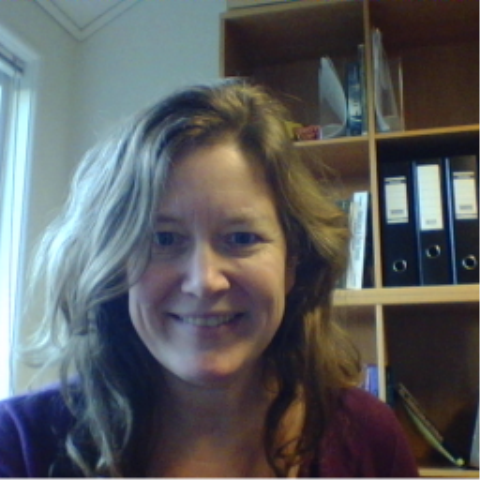 Effects of Agricultural Productivity Shocks on Female Labor Supply: Evidence from the Boll Weevil Plague in the US South

Manifested in historical accounts, songs, and family tales, the boll weevil (Anthonomus grandis), an approximately one-fourth inch long beetle with a very long snout, is considered as the most well-known agricultural pest in the American South.

Arriving near Brownsville, Texas, from Mexico in 1892, the boll weevil started to impair the main economic engine of the South: cotton production. Depending on prevailing wind and weather conditions, the boll weevil could cover from 40 to 160 miles a year such that thirty years after its arrival the whole Cotton Belt was almost completely infested.

The recent EHES working paper by Ager, Brückner and Herz (2014) focuses on the Cotton Belt counties of the American South that were infested by the boll weevil during the late 19th and early 20th centuries. As the boll weevil adversely affected cotton production and hence the demand for labor, the authors exploit the arrival of the boll weevil as agricultural productivity shock to identify the response of labor supply to changes in labor income. The central message of Ager, Brückner and Herz's article is that labor income shocks had a significant effect on labor supply at the extensive margin in the United States during the 1880-1940 period. For a panel of 903 counties the authors estimate that a one percent increase in labor income increased the labor force participation rate by around 0.2 percentage points. The finding is based on an instrumental variables approach that carefully addresses endogeneity issues.

The instrumental variables approach exploits that in the beginning of the 1890s, counties located in the Cotton Belt of the American South were hit by an agricultural plague, the boll weevil, that adversely affected cotton production and hence the demand for labor. The impact of the boll weevil on output per worker varied across US counties depending on the initial importance of cotton production in a particular county. Counties with a greater initial cotton share experienced a significantly larger drop in output per worker due to the incidence of the boll weevil. Ager et al. therefore use the interaction between the incidence of the boll weevil and counties' 1880 cotton share as an instrument for labor income.

The working paper can be downloaded here. http://www.ehes.org/EHES%2068.pdf
Posted by Unknown at 00:29 No comments: