The “missing girls” phenomenon, arising from discriminatory practices that result in excess female mortality early in life, has been especially dramatic in China and India. Analyzing sex ratios, the number of boys per hundred girls, in 19th-century Europe, recent research suggests that these practices could have also been present in some European regions. One of the countries where the relative number of boys was more extreme is Greece, so our current work sheds more light on this particular case. 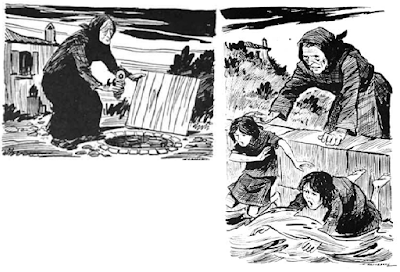 The previous images refer to The Murderess, a short story written by Alexandros Papadiamantis in 1903, that provides a bleak picture of the fate of Greek women at that time. Reflecting on her own life, the central female character realizes that there is nothing worse than being born a woman and this thought leads her to kill a series of young girls, including her new-born niece, almost as a mercy to save them from a gloomy future. This story is probably an exaggeration but the evidence we have gathered suggests that the mortality rates of Greek girls was much higher than what would have been normal in the absence of discriminatory practices.

Apart from abundant anecdotal evidence on son preference and the discrimination suffered by many girls, the Greek population censuses in the late-19th- and early-20th-century clearly point to the existence of “missing girls”.  During the period 1879-1920, the sex ratio under 5 years old ranged between 106.7 and 109.5 boys per hundred girls. These figures are abnormally high because, as explained here, the gender-neutral sex ratio should be lower than 101-102. The quality of Greek birth registers was lacking but this source also points in the same direction: the sex ratio at birth was around 111 and 119 boys per hundred girls in 1860 and 1884, respectively. Greek families also seem to have abandoned many more girls than boys, at least in the foundling hospitals studied in Athens, Hermoupolis and Kephallenia.

Although it is plausible that the under-reporting of girls might be behind these figures, there are different reasons that preclude this possibility. Firstly, as already mentioned, there is abundant qualitative evidence suggesting that discriminatory practices were not exceptions but the norm. Moreover, the 1880 census itself explains that the statistical authorities were expecting boys, not girls, to be under-reported due to the military purpose of the census. In addition, if under-registration was an issue, it was surely more important at birth or during the first year of life. The Greek sex ratios, however, increased as children grew older. The next figure shows how the sex ratio of children aged 5-9 was higher than that of younger children (aged 0-4), especially up to 1920. This evidence not only suggests that female under-reporting was not an issue, but also that gender discrimination continued unduly increasing female mortality rates as girls got older.

The sex ratios of different age-groups also correlate quite well at the province level. If under-registration was affecting some areas, girls would eventually show up in the census when older, thus reducing the correlation coefficient. This was not the case. Lastly, the contemporaneous US censuses (where most Greeks migrated during this period) also confirmed that the relative number of boys and girls born in the US from Greek parents was very similar to the figures found in the motherland censuses.

What was happening? It is difficult to be precise but it is likely that both female infanticide and different degrees of neglect during infancy and childhood unduly increased female mortality early in life. Regarding the latter and in a context of generalized poverty where infant and child mortality was really high, an unequal allocation of resources within the household in the way that young girls were fed or treated when ill, as well as in the amount of work which they were entrusted with, was likely to have resulted in more girls dying from the combined effect of malnutrition and illness. It seems also that discriminatory practices were stronger (or had a clearer effect due to lack of resources) in large families.

Why were Greek girls discriminated? Although there is not just one factor behind this behaviour, the most important one is probably the dowry. Marrying their daughters was one of the main duties of Greek parents and this was connected to how generous the dowry was. In poor families, and especially in those with several daughters, girls were a heavy burden. The analysis of the regional variation in sex ratios also indicates that excess female mortality was higher in those areas where female labour opportunities were scarce. In any case, our work stresses that gender discrimination constituted an important problem in 19th-century Greece, an issue that has long been neglected despite all the hints that pointed in that direction. 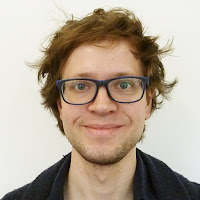