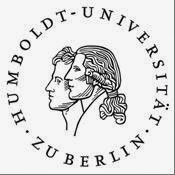 The topic of this year’s summer school is Catching up or falling behind? Institutions, geography and economic development of Eastern Europe in the long-run.

Comparative economic development is a dominant topic on the global research agenda and economic history has made important contributions to the debate over the drivers of long-run growth. Why some countries or regions are rich while others are poor is a question that has inspired both economists and historians for a long time. Institutions, geography and resource endowments have all been attributed important roles in the literature explaining diverging trends in the global economy over the last two centuries.

Eastern Europe was heavily affected by the grand transformations of modern history. Old empires had fallen and new ones emerged, and in the twentieth century independent nation states were formed. Not only were the borders in Europe’s eastern periphery redrawn multiple times; formal institutions, the modes and structures of production have been transformed dramatically. Yet, Eastern European economists paid little attention to long-run development, and thus New Economic History that applies social science theory and quantitative analytical tools to studying the past could not make strong inroads into Eastern European scholarship.

The Summer School, sponsored by the European Historical Economics Society, Humboldt University and the London School of Economics, is dedicated to reversing this trend by bringing together young scholars from different parts of Europe whose research focuses on the economic history of Central, East and South-East Europe (CESEE) or on comparative development across different European regions.

For more information about how to apply, see the following link: