Catching up or falling behind? Institutions, Geography and Economic Development of Eastern Europe in the Long Run 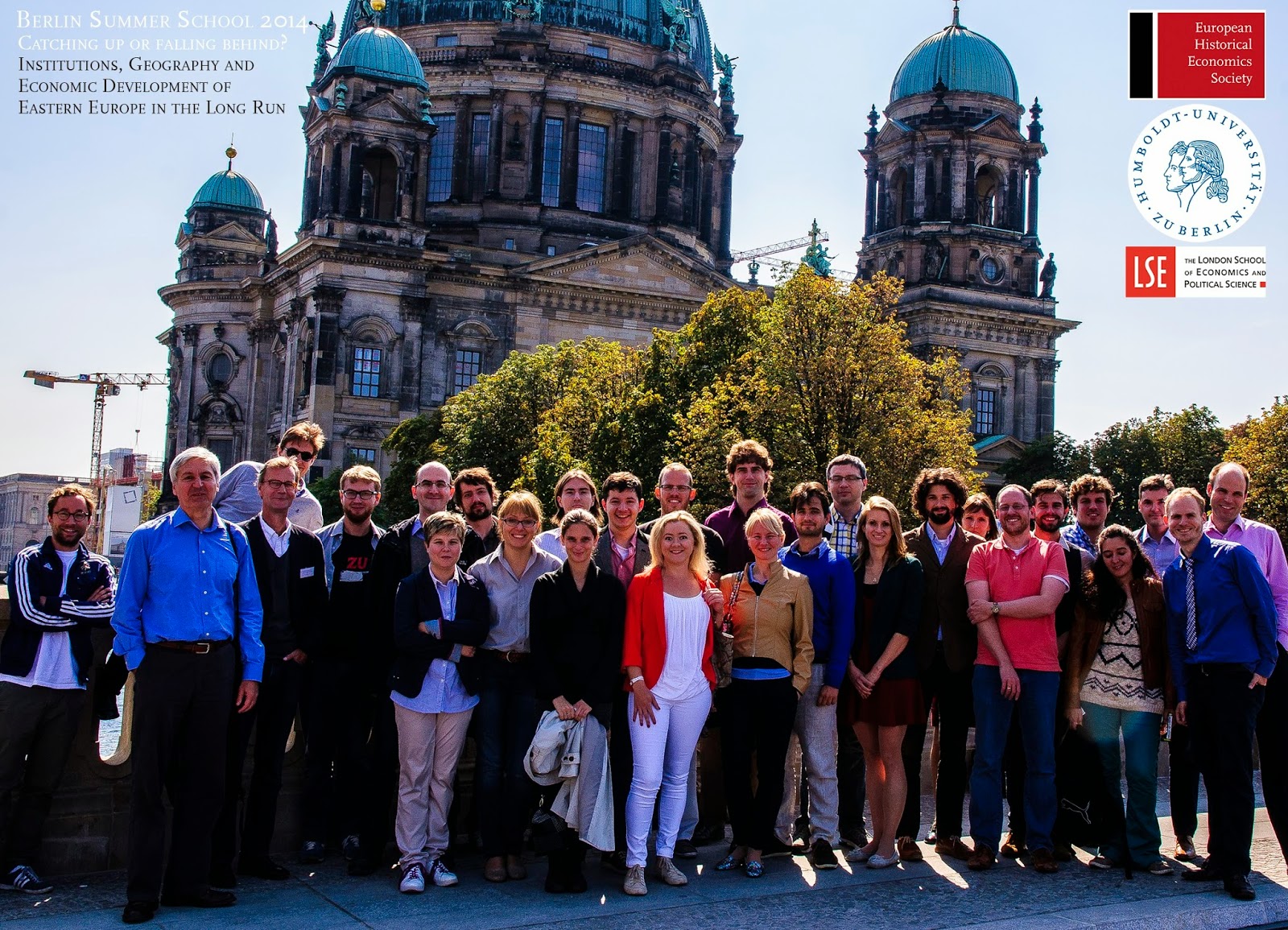 We look back on a summer school, hosted by the EHES, Humboldt-Universität and the London School of Economics and Political Science.  Centered on the theme “Catching up or falling behind? Institutions, Geography and Economic Development of Eastern Europe in the Long Run”, the Summer School brought together experienced and young researchers working on Eastern European economic history in an engaging and informal atmosphere. The event, which took place from September 1st to 5th, put the factors that have shaped development of the eastern half of the continent in the context of the recent debates in our discipline, such as the Little Divergence, institutional persistence and the role of geography.

Lecturers Max-Stephan Schulze (LSE, London) and Nikolaus Wolf (Humboldt,
Berlin)  focused on the role of market access and agglomeration effects in explaining the lag between western and eastern European regions.

We are very proud of having hosted such an event that provided stimulating intellectual inspiration for so many promising young talents. Many students took the chance to build networks and present their ideas to academic peers stemming from different disciplinary and cultural backgrounds. The impressive variety of innovative ideas presented during the week gives us a very positive outlook on the future of the field.