Agriculture in European Little Divergence: The Case of Spain 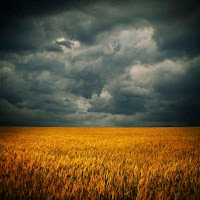 For most of the sixteenth century, Spanish political might rose together with a sustained and intense economic development, allowing the country to remain among the most affluent nations of Europe. However, with the turn of the century economic growth halted, and was followed by a rapid decline. The crisis of the seventeenth century was particularly hard with the Iberian economy that only recovered significant growth levels during the first years of the eighteenth century. As a consequence, Spain lost ground with the leading economies of Europe and became a secondary power not just in political terms but also in economic ones. What were the roots of the little divergence between Spain and the north of Europe? What was the role played by the agricultural sector?  In a new EHES working paper, Carlos Álvarez-Nogal, Leandro Prados de la Escosura and Carlos Santiago-Caballero analyse the evolution of Spanish agriculture between 1400 and 1800, using an extensive database of tithes to reproduce the changes experienced by the primary sector. The results suggest that agriculture played a significant role explaining the little divergence, experienced between Spain and the leading economies in Western Europe during the late modern age.

Stored in ecclesiastical archives for centuries, tithe records are among the few direct accounts of agrarian production for preindustrial times, and have been widely used by economic historians to estimate the evolution of the primary sector in the very long run. The historical presence and power of the Catholic Church in Spain, had positive externalities for economic historians that have at their disposal tithe records that are generous both in geographical and chronological terms. The tithe was one of the most important taxes in preindustrial Spain for the Church – and other authorities - that received it and for the producers who suffered it. It usually represented a ten per cent of total output that had usually to be paid when the product had been harvested.  Virtually all agrarian production was taxed, from livestock to grain, wine, olive oil or honey. Even the new crops like maize that arrived from the New World were quickly introduced by the church in the list of taxable products. This paper collected an extensive dataset of tithes at local and regional levels between the fifteenth and the eighteenth centuries that were unified to estimate the evolution of agrarian production in Spain in the very long run.

The results show that output per head reached its maximum levels in the mid fifteenth century and remained high until the late sixteenth century, suffering a severe contraction between 1570 and 1590, a period followed by a milder deterioration up to 1650. Although a small recovery took place between the late seventeenth century and the mid eighteenth century, the following decades were characterized by a new fall, reaching output per capita its minimum around 1800. Therefore, Spanish agriculture moved from a relatively high path to a lower one that persisted at least until the beginning of the Peninsular War. The results using a direct estimation like tithe records coincide with those obtained by Alvarez-Nogal and Prados de la Escosura (2013) using an indirect estimation though a demand function.

The authors believe that the intense collapse that took place in the late sixteenth century was consequence of urban and international demand contraction, that resulted from the collapse of domestic markets, monetary instability, and war in Iberia. As consequence incentives to produce for the market decreased as did the intensive use of labour and land. As a result, the land rent-wage ratio contracted all the way to the 1670s, even when real wage rates continued to decline until the 1640s, and only recovered in a sustained way since the 1720s. The periods of agrarian contraction also coincide with the two largest climatic oscillations experienced in Spain, the Initial Oscillation between 1570 and 1640 and the Maldá Anomaly between 1760 and 1800.

During most of the modern age, Spain lost economic ground with the rest of North-Western Europe. Far from being able to compensate part of the gap, Spanish agriculture contributed to the little divergence between north-western and southern Europe. Long-run trends in agricultural output per head between Spain and Britain show that agriculture fuelled the increasing gap between both powers. In Spain output per head fell dramatically after 1570 and did it again during the second half of the eighteenth century. By 1800 output per head was considerably lower than in the late fifteenth century. On the other hand, output per head in Britain exhibits a mild U shape with the levels of 1450 already recovered in the 1770s and overcome by 1800. While in Spain agriculture employed about two-thirds of the male labour force by the late eighteenth century – and four fifths by 1500 – in Britain the numbers went down to just over one-third in 1801 from two-thirds in 1522 (Broadberry et al., 2014). Labour productivity in Spain suffered a long-run recline throughout the early modern age, while it showed a significant increase in the case of Britain. Therefore, the study concludes that far from being helpful, agriculture was a significant player in the little divergence experienced between north-western and southern Europe.

The working paper can be downloaded here:
http://www.ehes.org/EHES_80.pdf